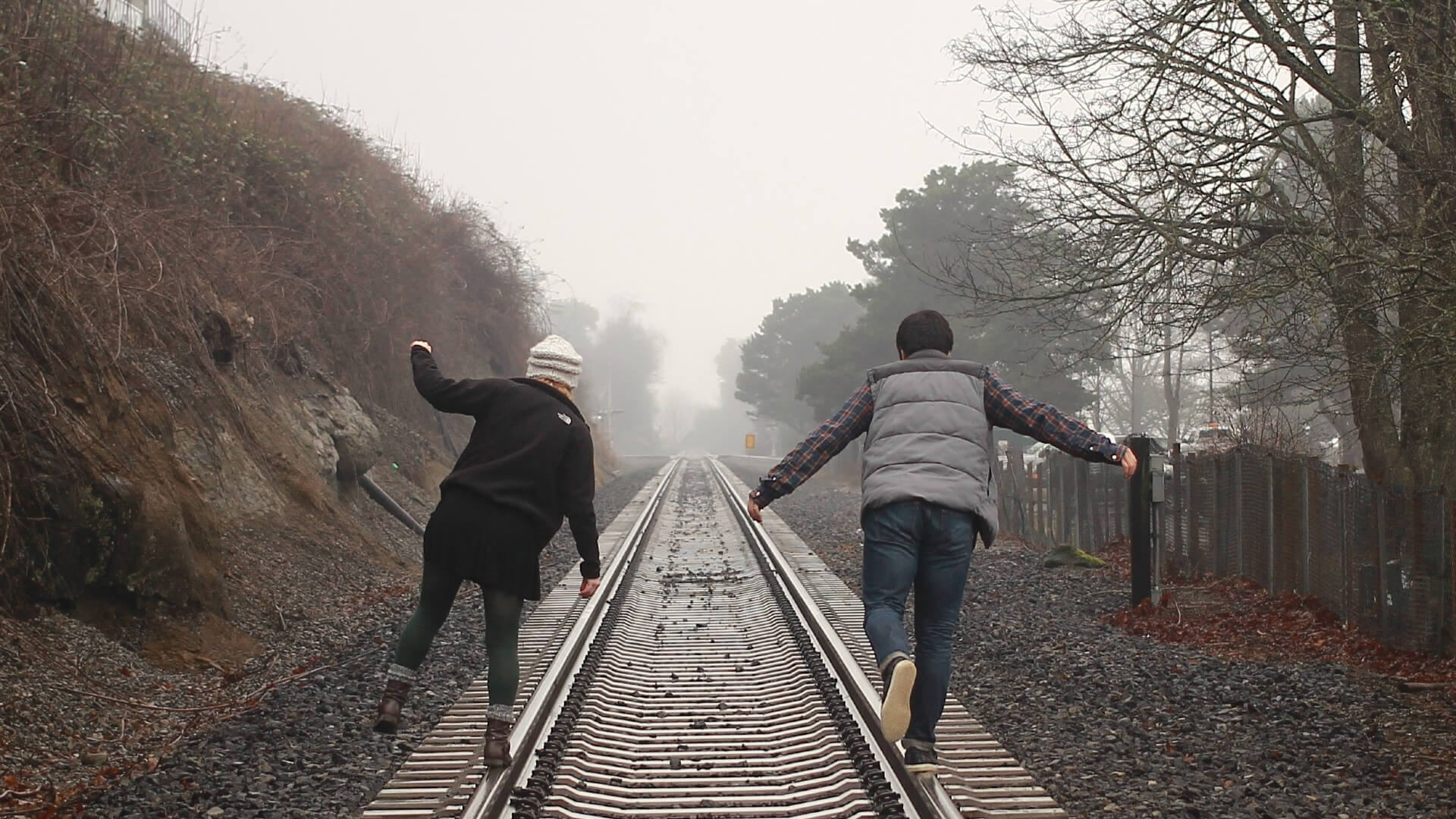 Everything You Need to Know About Karmic Relationships

Before we dive deeper into the different aspects and subtleties of a karmic relationship, it is important that we first have a better understanding of the term "karma" and what it (really) means.

"Karma" is one of those words that has been overused, misused, and then interpreted differently by various religions and misinterpreted again and again.

If we go back to the roots, karma is a term with Sanskrit etymological roots, which in its essence means "action". Action in any form or appearance. Despite what most people think, the word has nothing to do with fate or destiny in the present life.

As it's often cited in the old scriptures, the universe always remembers and the scales are eventually balanced. Which brings us to the ancient and still popular belief of rebirth. So, a person who indulged in bad karma most of his or her previous life will be born again to make up for the previous life lived. Until a person’s deeds are in balance, he or she will not be free from the cycle of rebirth or be able to attain "moksha" which means breaking free from the cycle of rebirth incited by the law of karma.

The workings of karma are on a universal scale, and one life lived is not an end all when it comes to karma. According to the laws of karma, a life not lived well needs to be lived again, and again, and again until the balance is restored, and karmic relationships form a vital constant in the lives to be relieved.

Karmic action does have an equal and opposite reaction, but not necessarily in one lifetime.

What is a karmic relationship?

The idea behind a karmic relationship is the coming together of two people who had known each other in their previous lives and have been put together again in the present lives as a part of the karmic cycle. The word to focus on here is "idea". It is a popular theory, but may be far from the actual truth about the "why" of a karmic relationship.

This kind of relationship is universal and does not carry any biases towards one’s beliefs or views, despite the origin of the word.

When two karmic partners come together, a kind of a magnetic attraction begins to develop for each other leading to powerful emotions that subdue the faculty of reason. If you happen to be in this kind of a relationship, it will be difficult to realize it as your brain has gone numb and you are only functioning on your emotions. For a relationship, this is extremely unhealthy.

It is one of those kinds of relationships that you read in the books or see in the movies – extremely volatile, with the intensity of the emotions shooting through the roof, and highly passionate. One moment the couples are trying to tear each other apart, the next moment engulfing each other with enormous love and devotion.

5 signs of a karmic relationship

2. The feeling of destiny is stronger than feeling great or happy

“...and then their eyes met, and they both knew that this was meant to be.”

Coming across this kind of phrase is not very uncommon, and this is exactly what happens when two people come together in a karmic collision. The eyes light up and the brain shuts down. The inner urge to be with that person becomes so strong that soon you will be thinking about nothing else but the person with whom your eyes met at a crowded street or at a friend’s gathering.

The feeling that it was meant to be, destined to be, or fated to be is so strong that one is blinded to the more important aspects that make for a healthy and a normal relationship. Planning for the future, resolving issues by talking to each other, making concessions and compromises are not part of a karmic relationship.

Being in a karmic relationship is exhausting. Not just your emotions begin to slowly drain away, but it is exhausting on time and money as well.

One way to think about this would be that you are paying your karmic debt, hence you will always feel strapped for time and money as long as you are in the relationship.

The other line of thought would be that you have become so obsessed with the relationship, that nothing else much is in your thoughts – hence affecting your finances, your job, your sense of time and your other relationships.

But the feeling of being destined makes you go on, and somewhere inside you have a deep conviction that one day everything will be just fine. Unfortunately it may never happen but might get even worse.

4. Excessively dependent on the relationship and your partner

The relationship with your partner becomes the rear, front, and center of your world. When you are in one of those abrupt high points, all is right with the world, and you are thinking about nothing else but the person in front of you.

It will seem as though that your whole existence depends upon your partner, and the purpose of both your lives is to be together forever.

And when that low point comes, you are still thinking about nothing else but your partner and what went wrong. This obsession over the relationship leads to a kind of toxic interdependency with each other and evolves into a "can’t live with, can’t live without" situation.

If you and your partner keep on persisting with the relationship, the constant fighting and arguments may begin to feel normal as a daily part of life, which is very far from a healthy relationship.

There are 4 different stages that a karmic relationship passes through:

Twin flame, as per its spiritual definition, is two parts of the same soul. And once they find each other they cannot be separated as each makes the other whole.

Is it possible to have a positive karmic relationship and can it last?

Healing after a karmic relationship

The best way to handle a karmic relationship would be to get out of it. But when you are in such a relationship, you are so invested in the relationship that everything else becomes invisible or a blur.

So, what do you do? The natural thing would be to turn to your family and friends who have known you, your whole life. They will know what you are going through. Trusting them and sharing your feelings with them will do a lot of good in getting out of a karmic relationship and the overall healing process.

In the words of a German philosopher, Friedrich Nietzsche, “from the school of life, that what doesn't kill you makes you stronger.” So once you have left a karmic relationship you’ll definitely be much stronger, both emotionally and mentally, than you were before.

And in the big picture of the karmic cycle, this is exactly the purpose of a karmic relationship. Hardships suffered bring about a karmic balance. You can then come out of these adversities stronger and wiser.

So, each suffering that we endure, each misery, sorrow, and grief that we bear is part of the universal plan and the whole karmic cycle and balance. How we endure it, and who we are in its aftermath will define how many more rebirths there will be before we finally attain "moksha" and are released from this karmic cycle of being born and dying and dying and being born again.

Most of these karmic love relationships come to an end as suddenly as it had begun, or one of the partners begins to see through the veil of being destined, then comes to his or her senses and builds up the strength to end it.

A karmic relationship may be seen as your previous life catching up with your present life to seek a balance for your actions in the last life. It becomes like the story of the bird in the golden cage. The bird knows that out there is freedom but is too attached and committed to the beautiful golden cage, it would rather die in the cage than feel the air of freedom.

But nothing lasts forever, and this too shall pass and when you look back at it, and you’ll realize that you would not have been the person you are right now, without that karmic relationship that you had in the past.

Stay up to date with the latest relationship advice, strategies, and insights sent straight to your inbox!

Thank you! Your submission has been received!
Oops! Something went wrong while submitting the form. 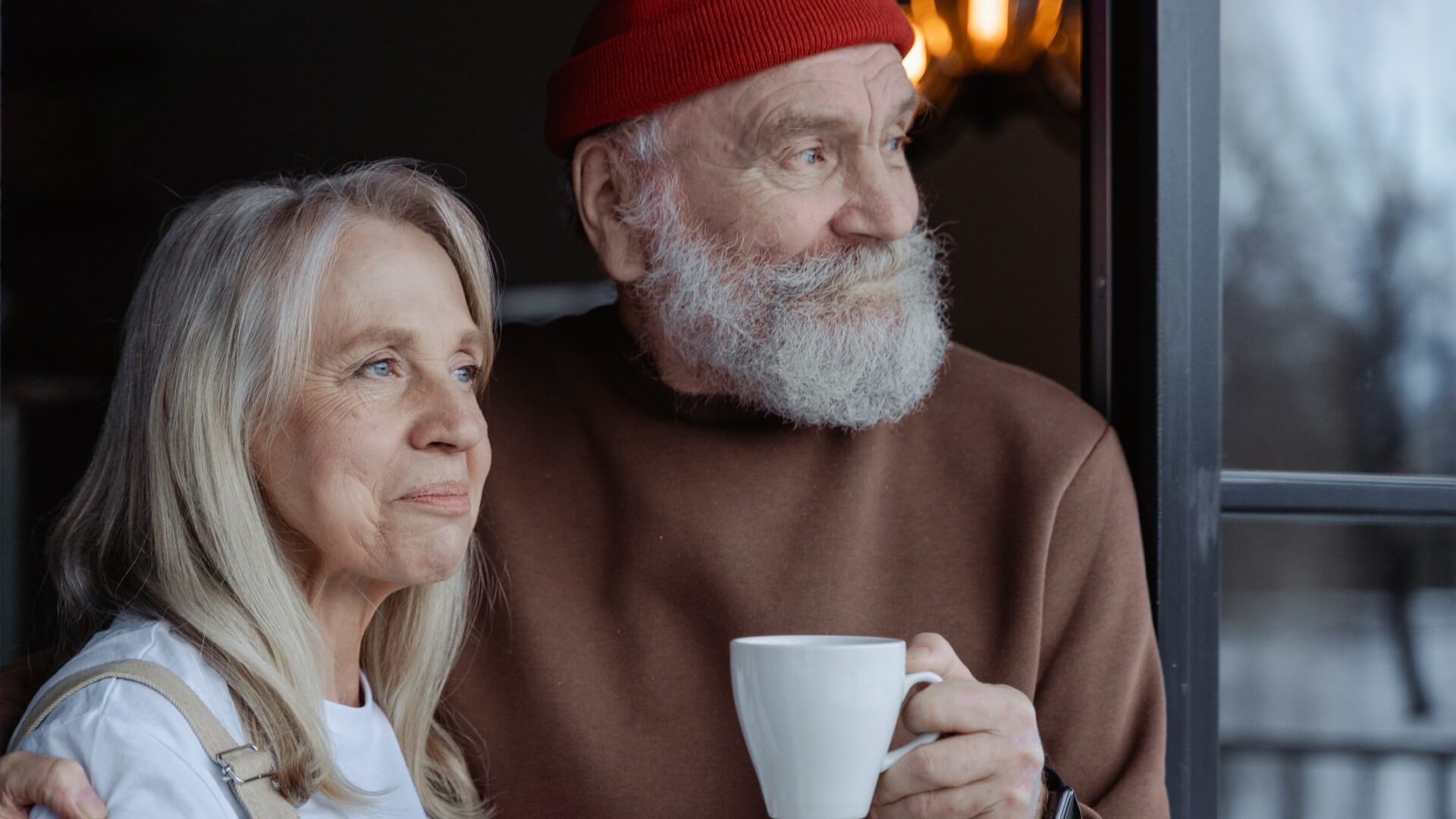 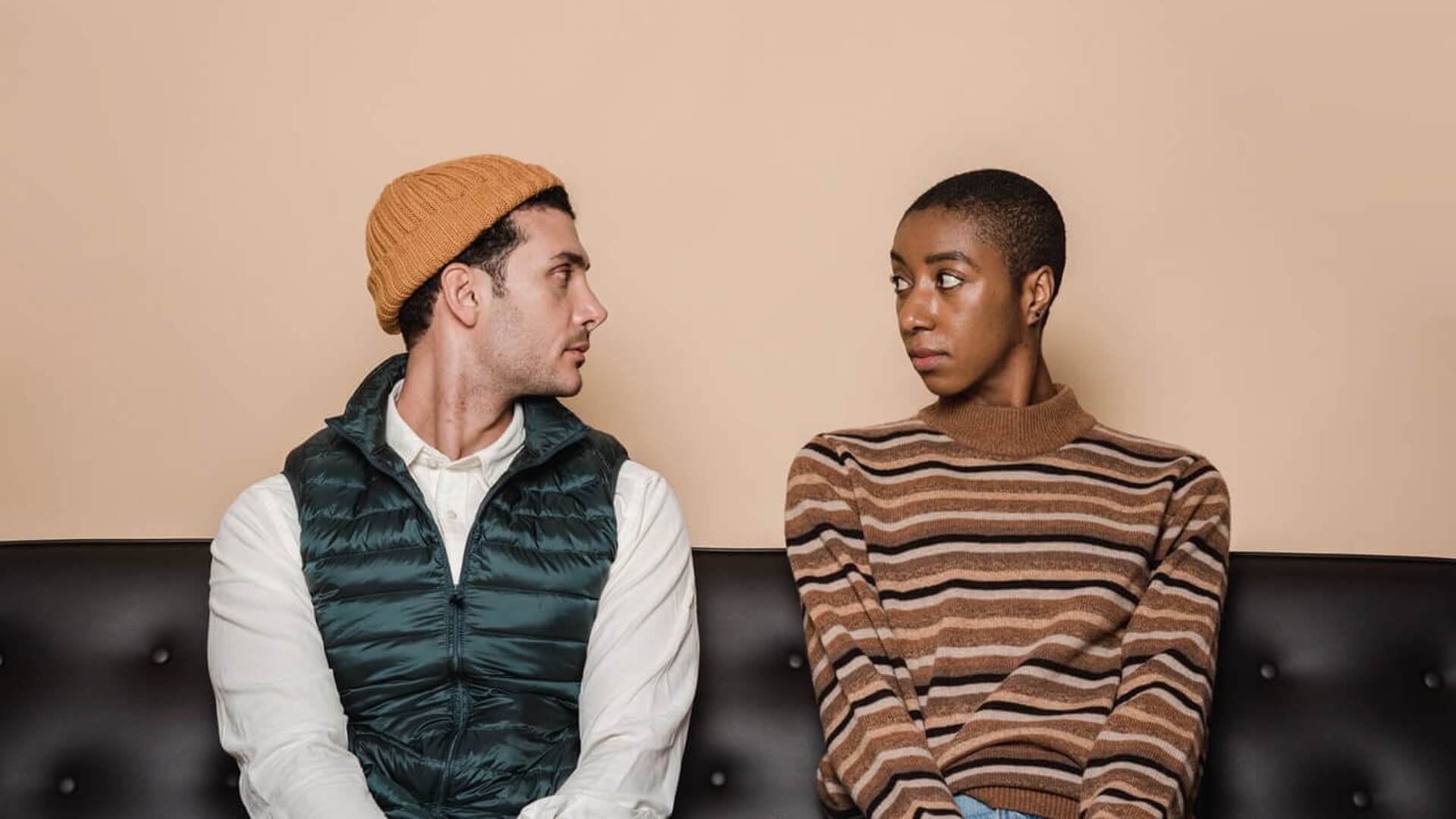 Couples Therapy Questions: What to Ask and Expect 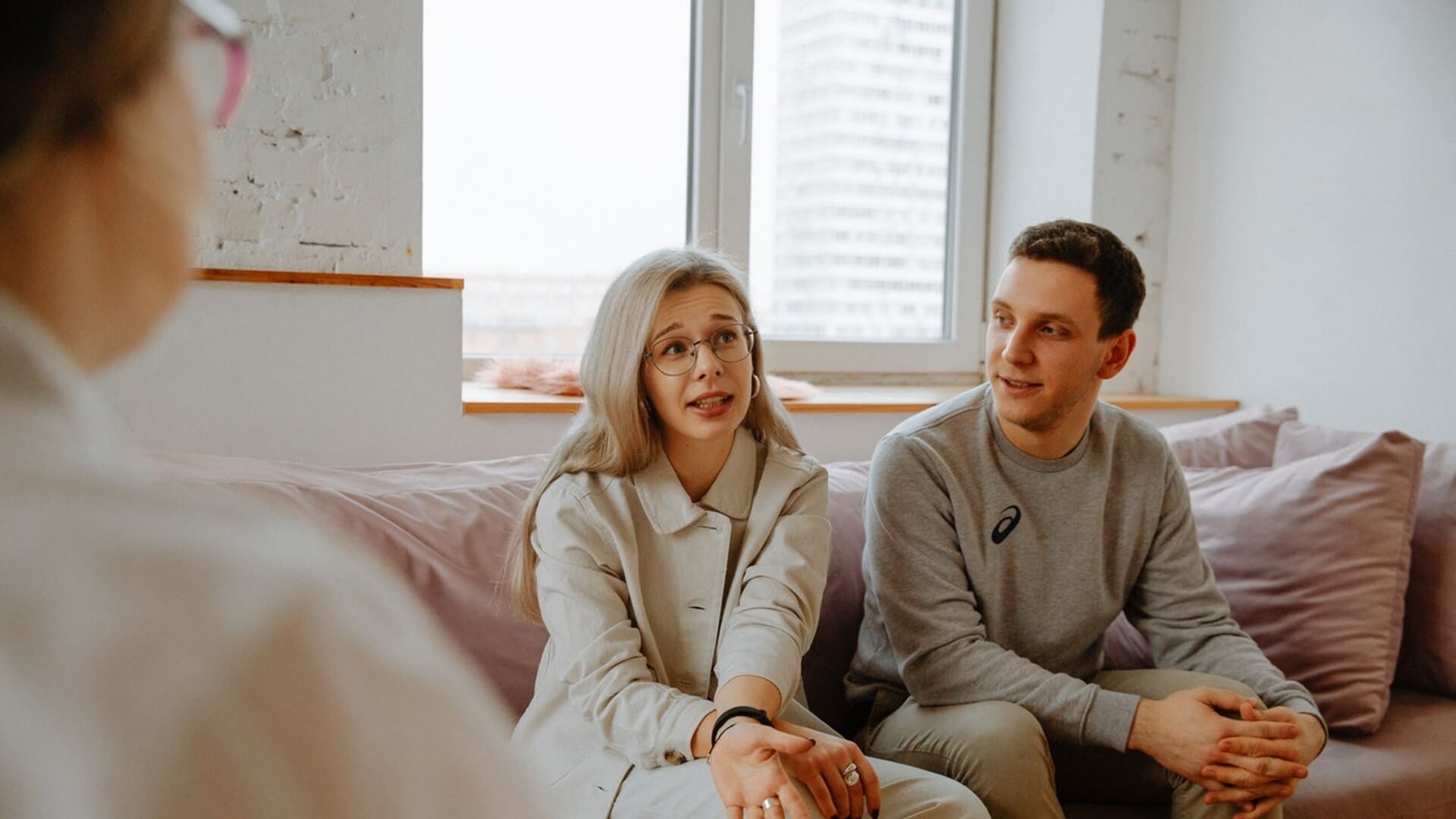 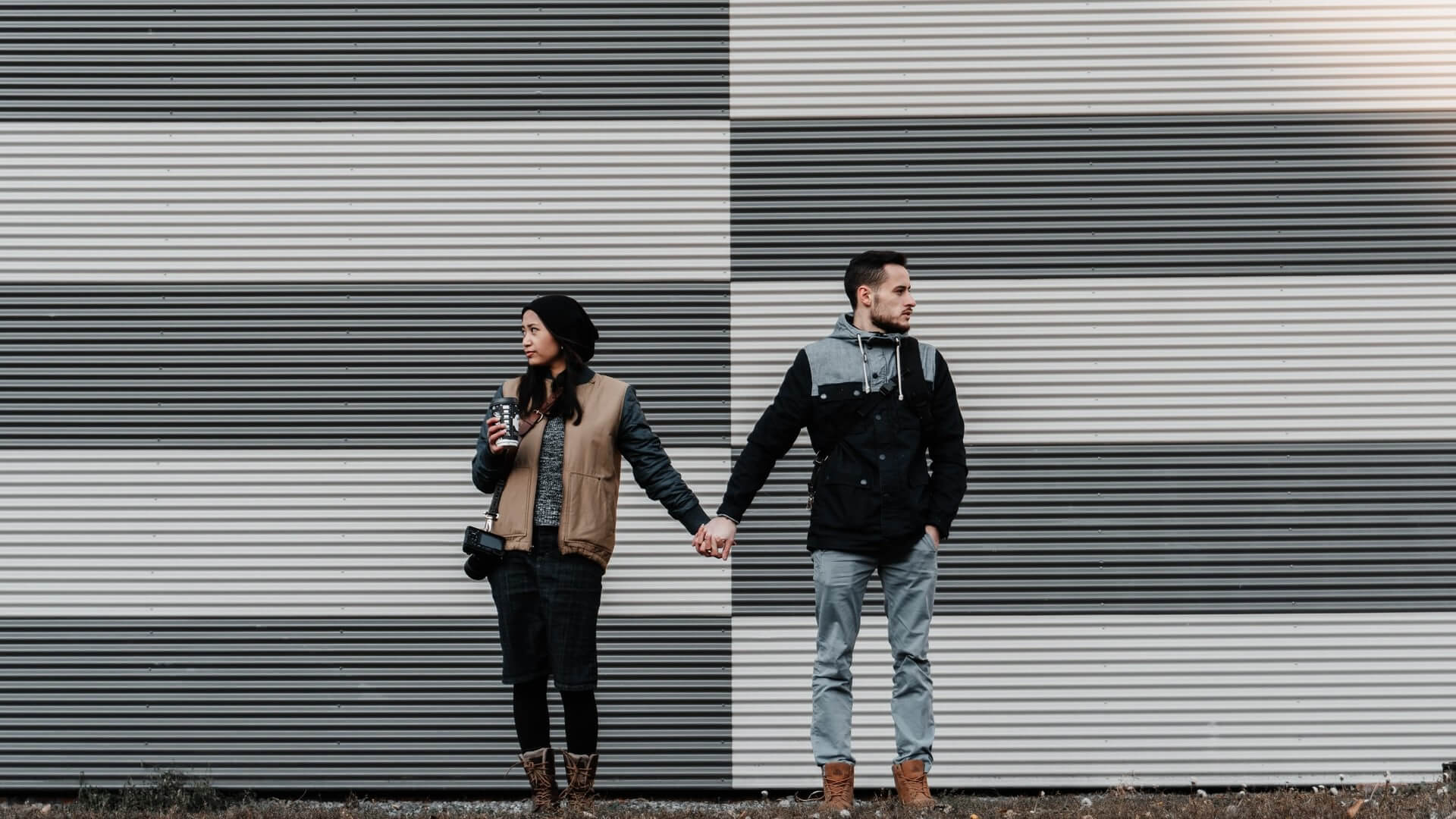